Is there a BOC/H.P. Lovecraft connection?

By Tymothi | Published September 13, 2016
Not directly, however, some of the concepts in BOC’s lyrics, 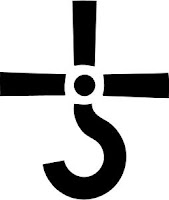 particularly *Imaginos* seem to be inspired by some of Lovecraft’s work. For those not familiar, Howard Phillips Lovecraft was an early 20th-century writer of horror and science fiction stories. Although some of Lovecraft’s contemporaries often did not appreciate his work (labeling it “bad taste” and “sick”), Stephen King has acknowledged Lovecraft as the 20th-century’s “greatest practitioner of the classic horror tale”. He is best known for several short stories often referred to collectively as the “Cthulhu Mythos” — these stories refer to “The Great Old Ones”, creatures from other worlds and dimensions which once ruled the earth, and have since been defeated, expelled, or imprisoned by various cosmic forces. These creatures may rise again (“when the stars are right”), often aided by human cults performing ceremonies with various blasphemous incantations. Looking at the lyrics and liner notes of *Imaginos*, it’s obvious that there are many similarities. The story told by *Imaginos* explores a lot of the same concepts as the “Cthulhu Mythos”, close enough for some to claim that the two are one and the same (For example, Desdinova or Imaginos is “an actor playing roles in history, challenging man against evil”. He could be considered as an agent of evil — Lovecraft’s Nyarlathotep.). However, general is that *Imaginos*, while no doubt inspired by some of Lovecraft’s work (Al Bouchard also indicates that Sandy Pearlman and he had read some of Lovecraft’s work), is not meant to be a re-telling of Lovecraft’s “Cthulhu Mythos”. Having said that, the following are some literary references between *Imaginos* and Lovecraft’s work: The song “Les Invisibles” contains the line “beneath the polar mountain”. Lovecraft’s tale, “At the Mountains of Madness” discusses Antarctica as being a location where some of the Great Old Ones either arrived, ruled, or lay waiting. The songs “I Am The One You Warned Me Of” and “The Siege And Investiture Of Baron Von Frankenstein’s Castle At Weisseria” both contain references to “Starry Wisdom”. Lovecraft’s story, “The Haunter of the Dark” refers to “the Church of the Starry Wisdom”, a cult organization in which “the Shining Trapazohedron shows them heaven & other worlds, & that the Haunter of the Dark tells them secrets in some way.” Also, the Shining Trapazohedron appears to be similar in function to the Magna of Illusion of *Imaginos*. The song, “Les Invisibles” talks about “the empress lay sleeping to the rhyme of the star clock”, which may refer to the Great Old One’s return “when the stars are right”. The song “In The Presence Of Another World” contains the spoken words, “when the stars are right”. This same line is used in Lovecraft’s, “The Call of Cthulhu”. In addition, the “Oyster Boys”, as water beings can be likened to agents of Cthulhu. The song, “Harvest Moon” seems very Lovecraftian in nature as well. An unknown evil is implied in the final verse, where the singer refuses to go out at nights since the disappearance of someone’s daughter, yet with the understanding that she’ll be found in the spring when the snow melts. Lovecraft wrote a few stories about towns with such hidden evils.
This article can originally be found here

Posted in General. Bookmark the permalink. RSS feed for this post. Leave a trackback.