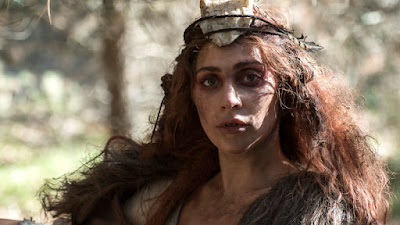 Born circa 1878, Lavinia Whateley is the spinster daughter of Old Whateley and a mother who met an “unexplained death by violence” when Lavinia was 12. She is described as asomewhat deformed, unattractive albino woman…a lone creature given to wandering amidst thunderstorms in the hills and trying to read the great odorous books which her father had inherited through two centuries of Whateleys…. She had never been to school, but was filled with disjointed scraps of ancient lore that Old Whateley had taught her…. Isolated among strange influences, Lavinia was fond of wild and grandiose day-dreams and singular occupations.

Posted in General. Bookmark the permalink. RSS feed for this post. Leave a trackback.