Born in East Grand Forks, Minnesota, the son of East Prussian immigrants Johann “John” and Matilda Brown, Leroy was raised on his family’s farm with five siblings. Leroy Brown felt odd from a young age as he claimed to hear a strange voice beckoning him to commit acts of violence He called this voice “Captain Howdy”: by the age of five or six he fully embraced the darkness that has latched onto him and he would go missing for hours at a time – during this time he would claim to have been in the presence of another world. He became distant from his family and he was considered a liar and thief and was sent to live with his Uncle Pastor Jeremiah Brown in Arkham, ma. In 1899 Brown was in Juvenile Court on a charge of assaulting his elderly uncle during a prayer session and was sentenced to 6 months in a juvenile center; in 1903 Brown returned to Minnesota and within months was in County Jail for killing a neighbors prized hog in a manner which the sheriff described as sacrificial; in 1903, at the age of 11, he  broke into a neighbor’s home and set fire to the home – the resulting fire claimed the life of his neighbor and her children – scared he planted evidence pointing the blame to his younger brother to take the fall for the crime. His brother was arrested and charged with multiple counts of arson and murder for which he was found guilty and sentenced to death. Soon after the execution of his brother, at the urging of “Captain Howdy” he murdered his parents and siblings leaving them arranged in a pattern naked. Fearing capture, he ran away and took to riding the rails following the whispered voice of “Captain Howdy”.
LEROY “TATTERS” BROWN, Age 35, Drifter
STR 42     CON 60     SIZ 65     DEX 53     APP 42
INT 65     POW 50     EDU 40     SAN 50     HP 12
Damage Bonus: +0
Build: 0
Magic Points: 10
Move: 7
Fighting (Knife, Large) 40% (20/8), damage 1D8+0
Fighting (Brawl) 40% (20/8), damage 1D3+0
Dodge 40% (20/8)
Armor: 1-point heavy leather jacket
Spells: Enchant Knife
Skills: Climb 43%, Credit Rating 5%, Drive Auto 40%, Fast Talk 38%, Jump 40%, Listen 40%, Navigate 40%, Spot Hidden 37%, Stealth 54%, Survival: urban 45%, Track 30% 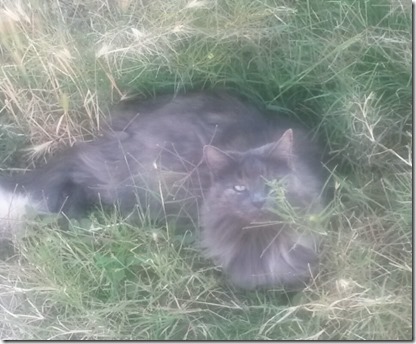 For the people in a tiny Serbian village there is nothing sexy or romantic about a vampire. In fact, they are terrified that one of the most feared vampires of the area has been roused back to life.

Rather than 'Twilight's' Edward, the people of Zorazje fear that Sava Savanovic is lurking in their forested mountains of western Serbia.

They believe that he is on the move because the home he occupied for so long, a former water mill, recently collapsed. Savanovic is believed to be looking for a new home.

"People are very worried. Everybody knows the legend of this vampire and the thought that he is now homeless and looking for somewhere else and possibly other victims is terrifying people," Miodrag Vujetic, local municipal assembly member, told ABC News. "We are all frightened."

Vujetic said villagers "are all taking precautions by having holy crosses and icons placed above the entrance to the house, rubbing our hands with garlic, and having a hawthorn stake or thorn."

"I understand that people who live elsewhere in Serbia are laughing at our fears, but here most people have no doubt that vampires exist," he says.

According to legend, Savanovic would kill and drink the blood of the peasants who came to grind their grain at his watermill on the Rogacica River. Tour groups from around the Balkans would come to see the mill. But even tourism had its limits.

"We were welcoming tourists, but only during the day. Nobody ever overnighted there," said Slobodan Jagodic, whose family owned the mill for over 60 years.

"We were too scared to repair it, not to disturb Sava Savanovic," says Jagodic. "It's even worse now that it collapsed due to lack of repair."

Traditions die slowly in this part of the world. "In the dark forested mountains of Serbia, Bosnia, Montenegro, Macedonia and Croatia, many people still believe in vampires and take them quite seriously," says Dr. James Lyon, Ph.D, a noted Balkan historian who has done extensive research on the folklore behind vampires.

"In local folklore, vampires are not potential boyfriends. Rather, they are hideous, blood thirsty creatures with red eyes and iron teeth that bloat when they feed, and are able to shift their shape," says Lyon, author of "Kiss of the Butterfly," a historical thriller about vampires in the Serbia.

Savanovic has maintained his notoriety in modern Serbia. He was featured in a 19th century book "Ninety Years Later" written by Milovan Glisic, whose book inspired a 1972 horror film "Leptirica" (Butterfly), widely watched throughout all of former Yugoslavia. More recently, Savanovic appeared in an award winning book "Fear and Its Servant" written by Mirjana Novakovic.

The Balkans have long established itself as Ground Zero for vampires when it comes to fanged folklore, and Serbia is a leader in this, according to Lyon.

"Vampires originated in Serbia, not Romania," says Lyon. "The word vampire entered western languages from Serbia in the late 1720s."

Austrian forces returning from conquests in Ottoman Serbia in the early 1700s brought back vampire stories, which circulated throughout Europe, later inspiring Byron, Keats and Coleridge, he claims.

"In 1730-31 the Austrian Army sent a military surgeon into Serbia to conduct autopsies on suspected vampires. He and other Austrian Army officers wrote of their experiences, and these records still exist today," Lyons said.

Documented reports of vampire-related activity continue to this day throughout the Balkans, the most recent having occurred in 2011 in Serbia.

Back in Zarozje, villagers will have to be on their guard for at least seven more months, because local legend holds that vampires are most active between Christmas and the Feast of the Ascension on June 7.

Archaeologists in Poland believe they’ve made a startling discovery: a group of vampire graves.

The graves were discovered during the construction of a roadway near the Polish town of Gliwice, where archaeologists are more accustomed to finding the remains of World War II soldiers, according to The Telegraph.
But instead of soldiers, the graves contained skeletons whose heads had been severed and placed on their legs. This indicated to the archaeologists that the bodies had been subject to a ritualized execution designed to ensure the dead stayed dead, The Telegraph reports.
By keeping the head separated from the body, according to ancient superstition, the “undead” wouldn’t be able to rise from the grave to terrorize the living. Decapitation was one way of achieving that; another way was hanging the person by a rope attached to the neck until, over time, the decaying body simply separated from the head.
There were other, equally bizarre ways of dealing with vampire burials, according to research published by forensic anthropologist Matteo Borrini. He cites the case of a woman who died during a 16th-century plague in Venice, Italy. The woman was apparently buried with a brick wedged tightly in her open mouth, a popular medieval method of keeping suspected vampires from returning to feed on the blood of the living. The woman’s grave might be the earliest known vampire burial ever found.
Hers was a typical case of an accusation of vampirism following some calamity, such as a plague or a devastating crop failure. Accusing an individual of being a vampire was a not-uncommon way of finding a scapegoat for an otherwise unexplained disaster.
In other cases, the body of a suspected vampire might be staked to the ground, pinning the corpse into place with a stake made of metal or wood. In 2012, archaeologists in Bulgaria found two skeletons with iron rods piercing their chests, indicating they may have been considered vampires.
The practice of decapitating the bodies of suspected vampires before burial was common in Slavic countries during the early Christian era, when pagan beliefs were still widespread.
In fact, their belief in vampires stemmed from both superstition about death and lack of knowledge about decomposition. Most vampire stories of history tend to follow a certain pattern where an individual or family dies of some unfortunate event or disease; before science could explain such deaths, the people chose to blame them on “vampires.”
Villagers have also mistaken ordinary decomposition processes for the supernatural. “For example, though laypeople might assume that a body would decompose immediately, if the coffin is well sealed and buried in winter, putrefaction might be delayed by weeks or months; intestinal decomposition creates bloating which can force blood up into the mouth, making it look like a dead body has recently sucked blood,” writes LiveScience’s Bad Science columnist Benjamin Radford. “These processes are well understood by modern doctors and morticians, but in medieval Europe were taken as unmistakable signs that vampires were real and existed among them.”
There’s no consensus yet on when the bodies found in Poland were buried. According to Jacek Pierzak, one of the archaeologists on the site, the skeletons were found with no jewelry, belt buckles, buttons or any other artifacts that might assist in providing a burial date.

Aphoom-Zhah (The Cold Flame) debuted in Lin Carter’s short story “The Acolyte of the Flame” (1985)—although the being was first mentioned in an earlier tale by Carter, “The Horror in the Gallery” (1976). Aphoom-Zhah is also mentioned in Carter’s “The Light from the Pole” (1980), a story Carter wrote from an early draft by Clark Ashton Smith. Smith later developed this draft into “The Coming of the White Worm” (1941).
Aphoom-Zhah is the progeny of Cthugha and is worshipped as the Lord of the Pole because he dwells, like Ithaqua, above the Arctic Circle. Aphoom-Zhah frequently visited Hyperborea during the last ice age. His legend is chronicled in the Pnakotic Manuscripts.
Aphoom-Zhah appears as a vast, cold, grey flame that freezes whatever it touches. The being came to Earth from the star Fomalhaut, briefly visiting the planet Yaksh (Neptune) before taking up residence in Mount Yarak, a legendary mountain atop the North Pole. When the Elder Gods tried to imprison him beneath the pole, Aphoom-Zhah erupted with such fury that he froze the lands around him. Aphoom-Zhah is believed to be responsible for the glaciation that eventually overwhelmed Hyperborea, Zobna, and Lomar.
Aphoom-Zhah likely spawned Gnoph-Keh, Rhan-Tegoth, and Voorm. Though no human cult worships this being, Aphoom-Zhah is revered by the Gnoph-Keh, the Voormi, and his own race of minions; the spectral Ylidheem 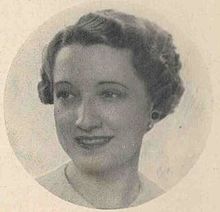 Zealia Brown-Reed Bishop (1897–1968) was an American writer of short stories. Her name is sometimes spelled ‘Zelia’. Although she mostly wrote romantic fiction, she is remembered for three short horror stories she wrote in collaboration with H. P. Lovecraft.
Among her works are three horror stories she wrote in collaboration with H. P. Lovecraft (The Curse of Yig, Medusa’s Coil, and The Mound). Her stories appeared in the magazine Weird Tales. However, they were extensively revised by Lovecraft to the point of being ghostwritten.
Arkham House published her volume The Curse of Yig (1953) which contains the three horror stories by Bishop and Lovecraft, as well as two profiles by Bishop, one about H. P. Lovecraft and the other about August Derleth. That on Lovecraft has been reprinted in Peter Cannon’s collection of essays on Lovecraft, Lovecraft Remembered. The three Lovecraft-Bishop revision stories also appear in The Horror in the Museum and Other Revisions.
Bishop’s preference was for romantic fiction, of which she wrote and published far more than she did of the weird. She lived in Kansas City with her husband D.W. Bishop,took an active role in the National Federation of Press Women, the New England Historic Genealogical Society and the Missouri Women’s Press Club. She authored a historical series about Clay County, Missouri.

No comments to show.